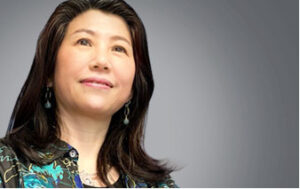 Christin Montfort is a registered U.S. patent agent who joined the firm in 2020. She has more than two decades of experiences in all aspects of patent prosecution, including patentability, validity, re-examination, and infringement analysis, and litigation matters in the United States and Taiwan.

Ms. Montfort was born in Taiwan and obtained her bachelor degree in science of Electronic Engineering there. After graduation, she had intensively worked at several prestigious Taiwanese Law firms for many years. Those years of experiences help her to build up strong knowledges on patent laws of different countries all around the world, such as Taiwan, U.S., China, Japan, and European countries. She was a member of one of a few patent teams who represented the Taiwanese companies in the ‘90s to handle infringement lawsuits, and litigation matters brought out by foreign patentees in the field of, e.g., semiconductors and computer software.

Ms. Montfort came to the United States in 1998 to pursue her master degree on IP law at Franklin Pierce Law Center, Concord, NH. Prior to joining the firm, Ms. Montfort worked as a patent agent in several law firms, including Finnegan, Henderson, Farabow, Garrett & Dunner, LLP, Hogan & Hartson LLP, Pillsbury Winthrop Shaw Pittman LLP, and Arent Fox LLP. When working at Finnegan, Ms. Montfort was involved in a lawsuit brought out by a U.S. semiconductor company against several Taiwanese semiconductor manufacturing companies. She diligently communicated with engineers in those Taiwanese semiconductor companies and prepared technical documents and power-point slides for used in the trial.

In addition to drafting patent specifications and to preparing responses to Office Actions, she enjoys working the clients to conduct patent searches to develop their patent portfolio and provide quality work. She is particularly interested in providing patent infringement assessments and understanding new technologies.

Ms. Montfort is fluent in English and Mandarin.