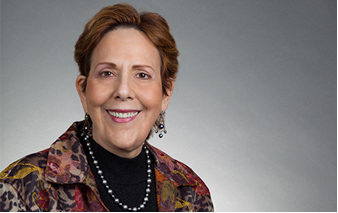 Preparation and Prosecution of Domestic and International Utility Patents, Patent Portfolio Management and Strategy, Opinions and Analysis re: Patentability, Infringement, Validity, Freedom-to-Operate and Due Diligence and Licensing

Diana Hamlet-Cox, Ph.D., is a Director who focuses her practice in the biotechnology and pharmaceutical industries. Dr. Hamlet-Cox has extensive experience in a broad range of intellectual property matters — including patent prosecution, evaluating patentability and freedom-to-operate issues, preparing patent applications and designing U.S. and worldwide prosecution strategies to maximize the value of intellectual property assets, undertaking IP-related technology analysis and evaluation, counseling on due diligence and strategic business planning involving IP, and technology assessment.

Dr. Hamlet-Cox, who is a registered U.S. patent attorney, worked as an associate in the firm for the first 11 years of her career until she left in 1999 to work in-house in the biotechnology industry. She was Vice President of Intellectual Property at Incyte Corp., where she managed the largest privately-held gene patent portfolio, as well as a microarray technology portfolio. In 2005, she was appointed Vice President and Chief Patent Counsel for Medarex, Inc., an antibody, antibody-drug conjugate and transgenics biotechnology company that was acquired by Bristol-Myers Squibb in 2009. She returned to the firm as a partner in 2010.

Dr. Hamlet-Cox’s years of in-house experience gives her a distinctive perspective on her clients’ approach to IP issues. She understands and supports her clients’ interests in prioritizing patent prosecutions and other projects based on cost and short- and long-term business objectives, as well as based on important legal issues that may affect a company’s entire portfolio; see, for example, her speaking engagements, publications and interviews regarding the gene patenting public policy issues during her tenure at Incyte.

Dr. Hamlet-Cox carried out her doctoral research in the Biological Chemistry Department at the UCLA Medical School, on histone protein structure and function.