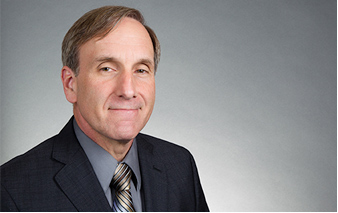 Opinions and Analysis re: Patentability, Infringement, Validity, Freedom-to-Operate and Due Diligence, Patent Portfolio Management and Strategy, Preparation and Prosecution of Domestic and International Utility Patents and Licensing

Richard Traverso is a Director whose practice is focused in the technical areas of chemistry and pharmacology. Mr. Traverso, who has been a director with the firm since 1992, works primarily for the major pharmaceutical clients of the firm.

Mr. Traverso’s practice has involved considerable work in the international patent sphere and he has developed expertise in the patent laws of many foreign nations. By understanding the differing standards of patentability and other key patent issues in other nations, he is able to help his clients build and maintain worldwide patent portfolios.

In both the domestic and international spheres, Mr. Traverso’s practice is primarily concerned with patent prosecution, licensing, and preparing opinions related to infringement, validity, and patentability.

Before joining the firm, Mr. Traverso was a patent attorney for the General Electric Co. at its Corporate Research Center in Schenectady, N.Y., and in GE’s Plastics Business Group in Pittsfield, Mass.