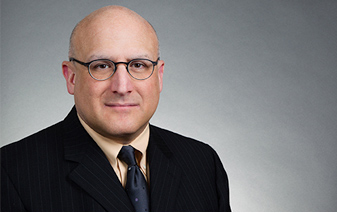 Opinions and Analysis re: Patentability, Infringement, Validity, Freedom-to-Operate and Due Diligence, Patent Portfolio Management and Strategy, Preparation and Prosecution of Domestic and International Utility Patents

Harry B. Shubin is a Director who focuses his practice in the areas of chemistry and chemical engineering, including a variety of applications such as hydrocarbons and plastics. He is primarily involved with patent prosecution, counseling clients on their patent portfolios, developing patent strategies for his clients, and providing patent opinions.

Mr. Shubin, who has been with the firm since 1985, is one of the three partners who serve as managing partner of the firm on a rotating basis. As managing partner, he has made decisions that have helped the firm grow and establish itself on a firm footing for the future.

Mr. Shubin served as a patent examiner at the U.S. Patent and Trademark Office from 1983 to 1985, in the area of fine chemicals. He has maintained his close ties with the PTO since then, as a member of focus groups of patent attorneys who meet on a regular basis and provide practitioners’ input to the PTO. He has participated in these groups, covering biotech, pharmaceutical, and chemical patents, since 1995.

Mr. Shubin works closely with most of the firm’s longstanding clients, including major pharmaceutical companies, an energy and hydrocarbon processing research institute, and a major chemical company.

Since 2004, Mr. Shubin has taught chemical patent practice at the George Mason University School of Law in Arlington, Va.

Mr. Shubin is interested in all forms of technology, both past and present. He frequents antique shows and collects items that he describes as the ordinary technology of the past, including rotary phones, fountain pens, and mechanical wristwatches.

Education
The College of William and Mary – Marshall Wythe Law School (J.D. 1983)
University of Virginia (B.A. with Distinction in Chemistry 1980)