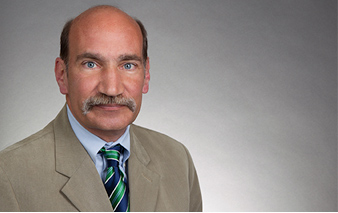 Michael Culver is a Director who concentrates his practice in pursing contested proceedings before the Trademark Trial and Appeal Board (TTAB) and in court on behalf of the firm’s clients.

Mr. Culver joined the firm in 2005 as an experienced TTAB litigator in order to pursue these trademark cases. He also handles in U.S. district courts a substantial number of trademark cases and a smaller number of patent infringement cases.

Mr. Culver works closely with the firm’s trademark practice. The lawyers in that practice typically refer him cases in which a dispute has occurred or is about to occur. Mr. Culver is skilled not only in pursuing these matters at the TTAB but also in settling them on favorable terms for the firm’s clients.

Mr. Culver was a partner at another midsize D.C.-area intellectual property firm before the MWZB firm. At the 2010 AIPLA annual meeting, Mr. Culver presented oral argument in a live, onsite hearing conducted by the TTAB before the American Intellectual Property Law Association.